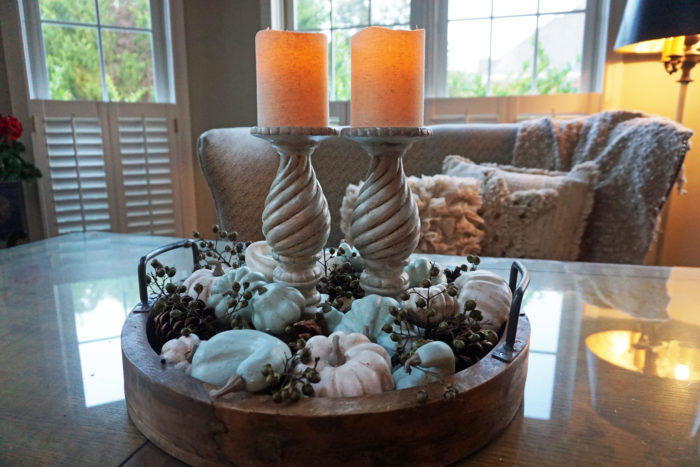 So I found an awesome wooden tray at Home Goods and wanted to use it as a centerpiece.  I’m on a pumpkin craze, but I don’t particularly like to use them indoors.  I just struggle decorating with orange!  I went to Michael’s to look for some white pumpkins but all they had were large ones.  I found a bag of small pumpkins that I decided would be easy to paint!

I painted several pumpkins in white and several in the aqua color.  Once they were dry, I brushed on clear wax, wiping any excess wax off.  I then followed up with the dark wax and wiped off most of it to get the look I was going for.  When using annie sloan dark wax, you must use clear wax first or the dark wax will be hard to wipe off.

I then added a few pine cones and snipped some berries from my crepe myrtles.  I painted the candle sticks using the same chalk paint method and added the candles I found at Hobby Lobby.  I’m pleased with it!  So much better than orange!  Check out my other pumpkin projects here and here! 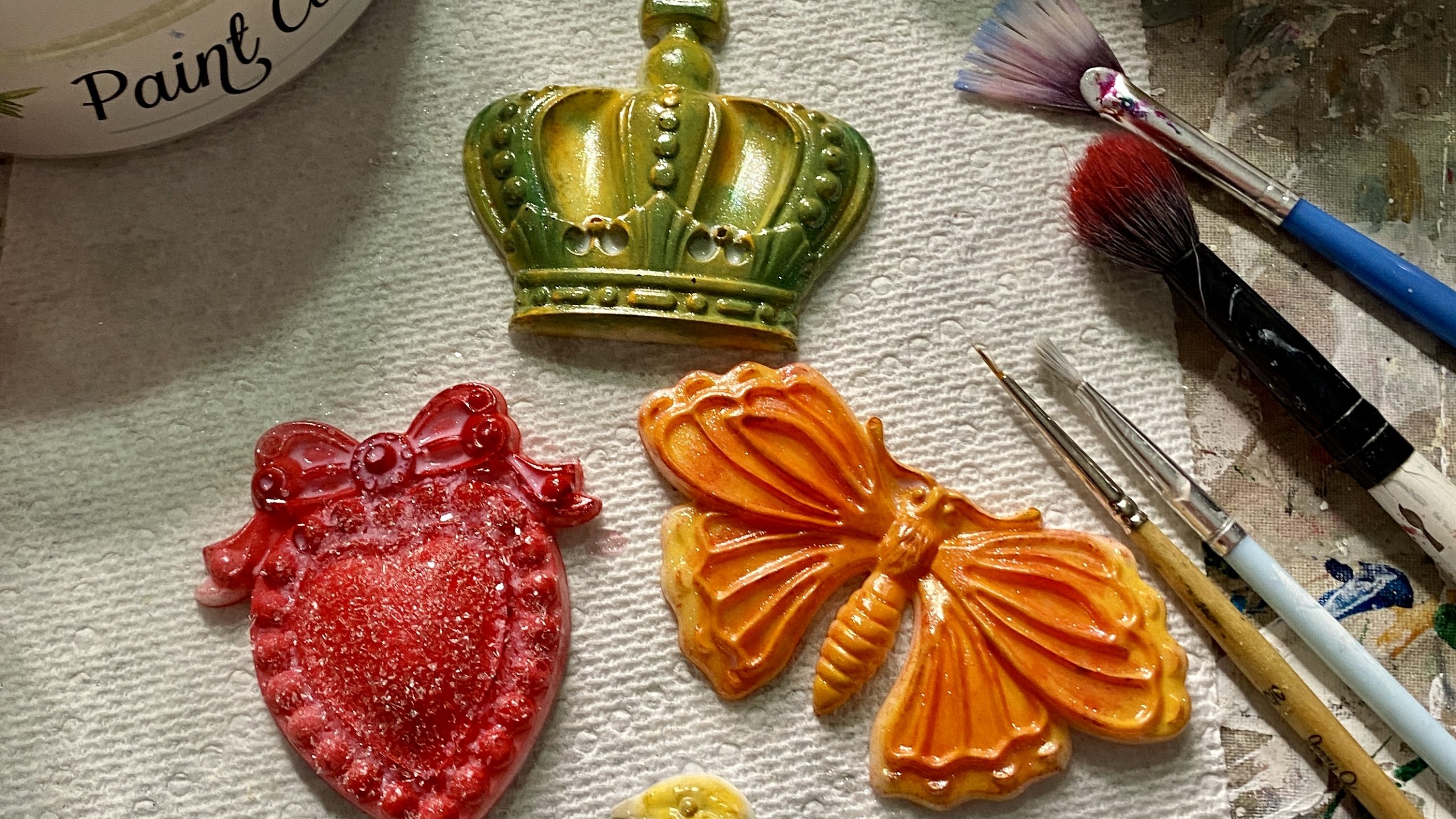 How to Color Amazing Casting Resin 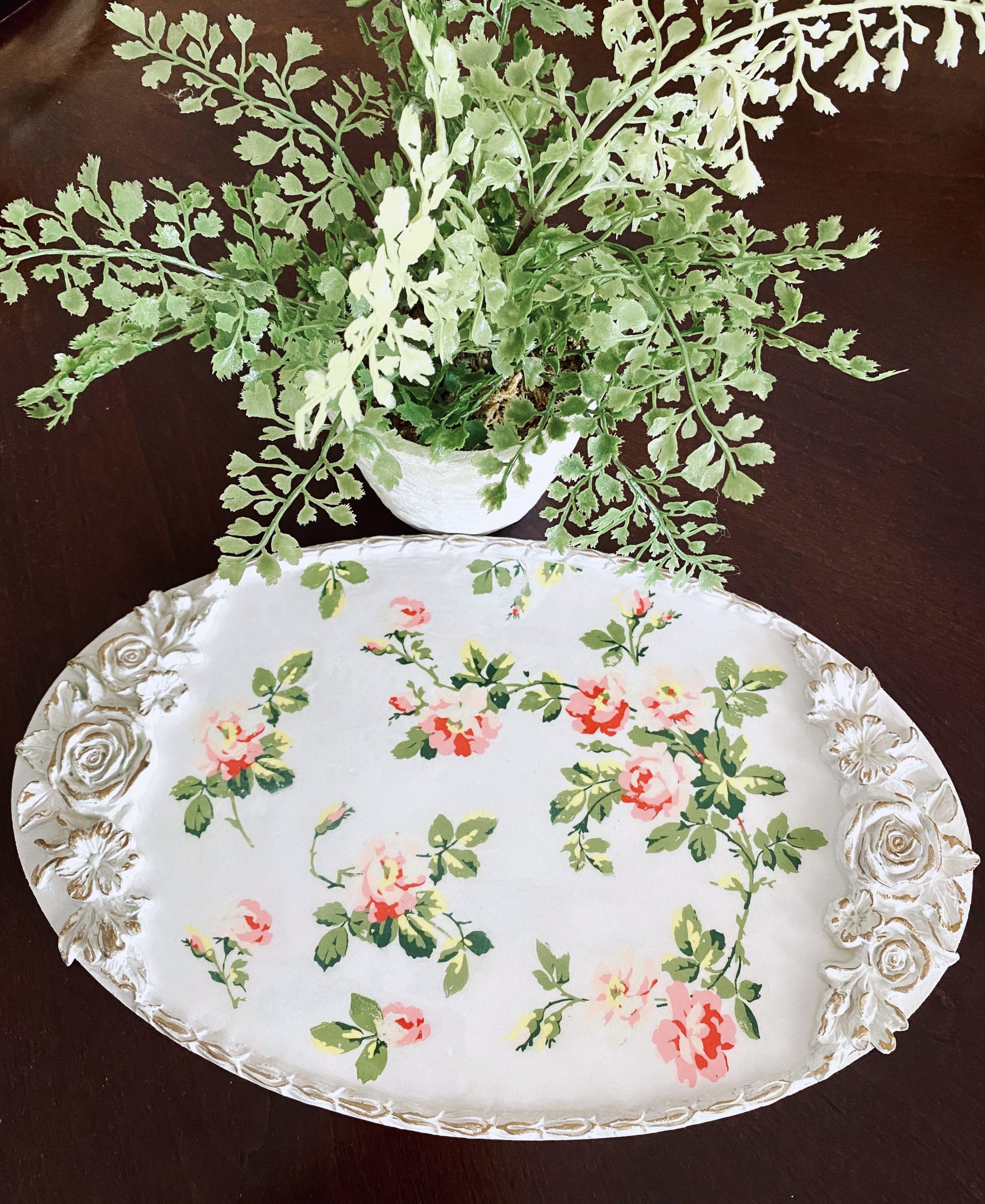 How To Use IOD Paint Inlays